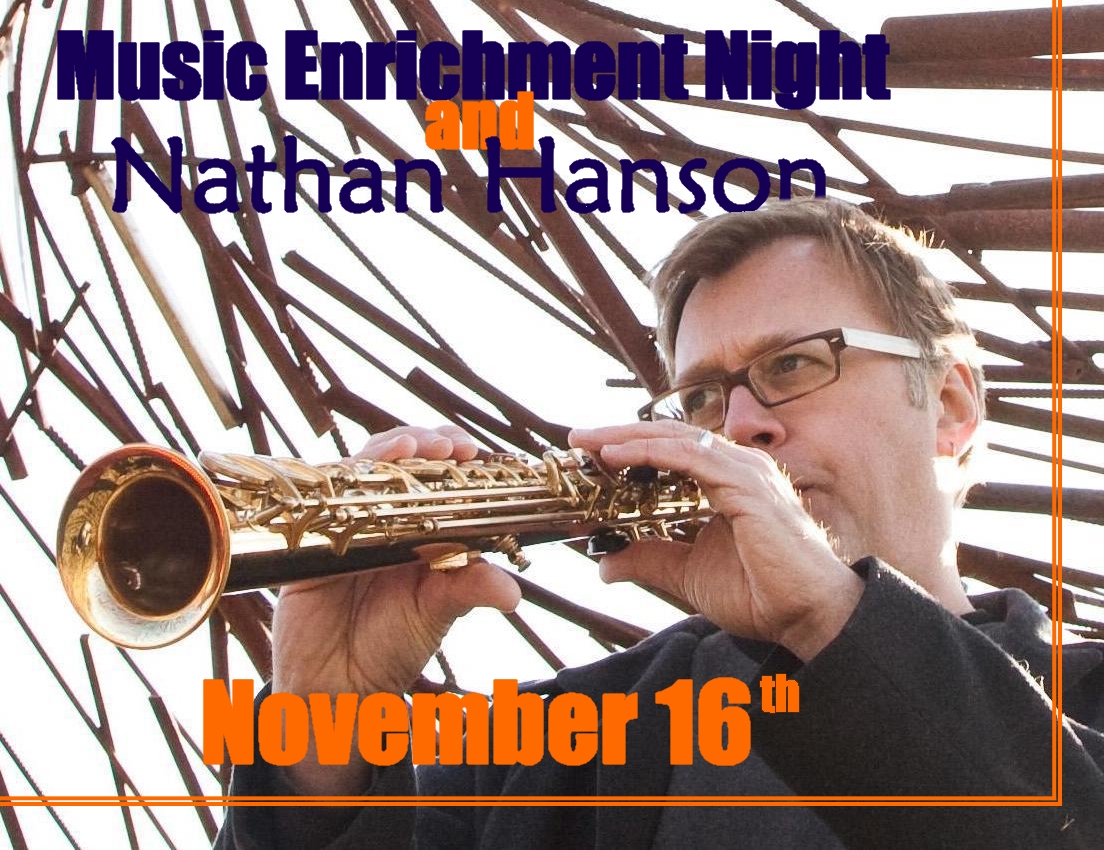 Nathan Hanson will present a concert of music for solo soprano saxophone on November 16 at 7:30 pm at Headwaters Music & Arts, 519 Minnesota Ave NW, Bemidji. The concert will feature music that is part jazz, part classical, and part something-else; composed and improvised by Hanson. Admission is free and open to the public.

Composer and saxophonist Nathan Hanson has performed in venues from concert halls to prisons, churches to train stations, debutante balls to Soviet fallout shelters in places ranging from St. Paul to Slovenia; Paris to Pittsburgh; Milano to Mankato; and Rome (both Italy and Georgia). His compositions and recordings have been featured on radio, television and film in the United States and Europe. He is a graduate of Newberry College, and the University of South Carolina.

Hailed as an “extraordinary performer with a beautiful tone and concept” (Cadence magazine), Mr. Hanson makes his home in St. Paul, MN since 2006 following a residency in New York City from 1998 – 2006. His playing has been called “seductively pithy” (Signal to Noise magazine), “unexpectedly tasteful and dignified” (Improjazz) and “immediately accessible without sacrificing musical smarts” (Destination: OUT) with “tinges of Jan Garbarek and Albert Ayler” (Exclaim!).

More information about Hanson and his music is available at
{ www.nathanhanson.com }